The Importance of Retreat

The Importance of Retreat
Posted by Crystal Horn on August 31, 2016 in Culture 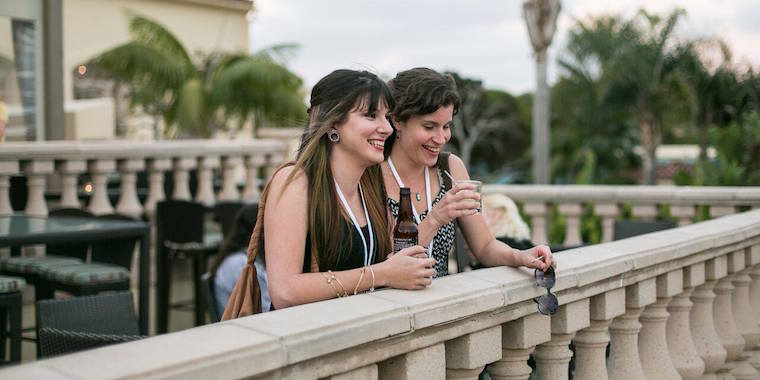 When I started with Articulate, I had heard about many of the cultural benefits of being an employee at our company—the autonomy, work-life balance, results-only work environment, lack of hierarchy or bureaucracy, short commute, and incredibly relaxed dress code.

What I found to be a very special perk, though, was the annual company retreat. I started in June of 2015, and our retreat was scheduled for October in beautiful Southern California. Being a Northeast gal, accustomed to the hustle and bustle of the East Coast, the west coast intrigues me.

Don’t get me wrong. The beauty of the Adirondacks and the rolling hills just south has kept me in upstate New York for 13 years. But raising a family on a tight budget forced me to be discerning about my travel plans. And while visiting my dad in Vero Beach, Florida is nice, I wanted to broaden my horizons.

As the retreat approached, I was getting excited. Taking time off from work wasn’t necessary. I didn’t worry about spending a fortune to try some place new. And, better yet, I was going to meet almost all of my co-workers for the first time!

October finally came, and we all booked our flights and made plans to ensure our households wouldn’t fall to pieces while we were gone. When I stepped off the plane in California, I felt the sweetness of the sun on my face and started making my way to our resort.

Once I checked in, I could choose to go to the bar area for informal networking, relax in my room, or join a ladies’ luncheon for “Lean In” style bonding. I was a little nervous at first, but as soon as I arrived at the luncheon and my Articu-sisters saw my name tag, I immediately became one of the gang!

The same thing happened as we went to a company-wide reception area where everyone was relaxing, either having a cocktail on the sunny patio, playing a game of table tennis, or just indulging in the opportunity to get to know our peers better.

I knew on a conscious level the benefits of a company retreat, especially for a company whose work environment is remote. We would be invigorated. We would connect and bond with our colleagues. We would brainstorm ways to better serve our customers through inter-departmental conversations that don’t normally happen in the digital environment.

As I was leaving, however, I felt those benefits on a much deeper level. I had a newfound respect and love for my coworkers. I truly felt like part of the team. The executive team became human to me. I began to see them as partners in my work at Articulate rather than distant faces. They made me feel cared for, like they wanted us to have more than a Monday-through-Friday relationship.

Why would a company go through the trouble to offer such an amazing experience, year after year, to its employees? It’s pretty obvious: Articulate cares as much about its employees as it does about its customers. The two are inextricably linked: the better employee relationships are within the company, the better that company’s customer service becomes.