When a new mother hemorrhages, her life’s on the line. “You don’t have time to stop and ponder,” explains Janelle Francis, R.N., Nebraska Community Blood Bank’s education director. “When a patient crashes, you have to move quickly.” 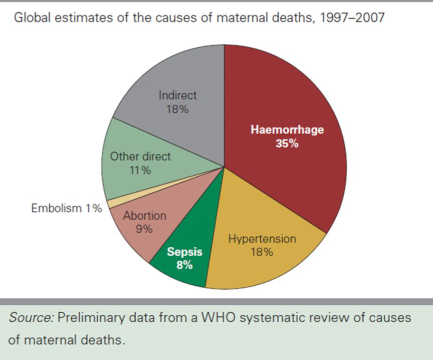 But all too often, new mothers don’t get the right care at the right time. According to the World Health Organization, obstetric (OB) hemorrhage is the number one cause of maternal death around the world. In one case, reminiscent of many others, a woman died from severe bleeding after delivery while awaiting her hospital’s approval of an out-of-type blood transfusion that could have saved her life. “This is a classic example of a well-intended policy that has unintended consequences,” says Dr. Jed Gorlin, medical director of a blood center. “It’s 100 percent preventable simply by being prepared.”

To improve response times to OB hemorrhage, Dr. Gorlin teamed up with Francis to develop training for clinicians dealing with obstetrics. The program is available in two forms to meet the needs of different learners and healthcare organizations: a simple PowerPoint and a self-directed e-learning module Francis developed in Articulate Storyline.

Dr. Gorlin and his research assistant, Kim Doeden, M.P.H., gathered content for the training program from the California Department of Public Health; OB residents at various hospitals at HealthEast Care System in St. Paul, Minnesota; and other organizations. They then adapted the information to guide everyone from nurses to physicians to lab clinicians on implementing massive transfusion protocols.

While she’d never created e-learning before, Francis didn’t hesitate to take on the lifesaving project. “I’m a nurse, not a computer geek. But we wanted to reach as many people as possible and I knew that it would be easier to get staff to take self-directed training,” she says. “I was drawn to Articulate Storyline because I didn’t have to know any programming whatsoever.”

Francis admits that while she knew what Dr. Gorlin wanted to accomplish with the course, she had no idea initially how to build it. “I went and did it anyway,” she laughs. “I didn’t know anything about e-learning, but Storyline was so easy to navigate and use. Plus, anytime I had questions, I leaned on the E-Learning Heroes community. If I couldn’t find a post on my question, I’d ask and get an answer almost right away.”

It helped that she could use the templates in Storyline rather than starting from scratch. “I used the interactive templates as much as possible,” she recalls. “I loved the FAQs, tabs, and posted notes.” 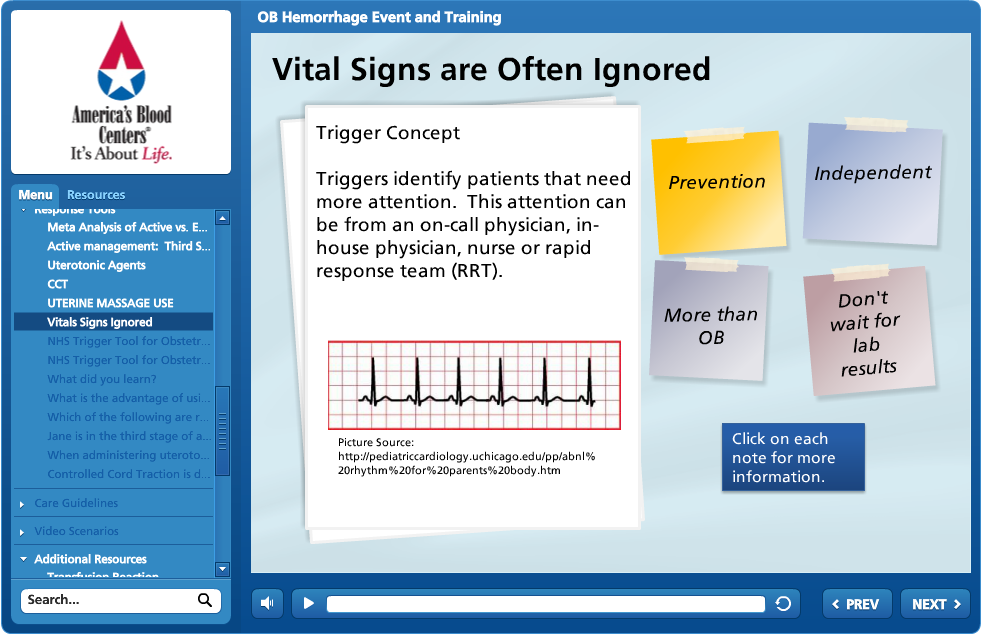 She also took advantage of the illustrated characters that come with Storyline to build healthcare training that connects more deeply with learners. “It was great having them in a variety of clothes and poses,” Francis notes. “I was able to have nurses, doctors, and patients in a slide to bring the information to life visually.”

With lives on the line, Dr. Gorlin and Francis made it a top priority to orient the course around real-life scenarios. To reinforce critical information, they used videos to play out realistic situations, modeling drills they hope hospitals and other healthcare providers will undertake to better prepare staff. “Just the process of doing simulations allows you to identify weak links in the communication chain,” says Dr. Gorlin. “The videos encourage actually doing mock scenarios. If you have that visual imprint of what a mock scenario might look like, it’s much more likely that you’ll actually go through with it.” 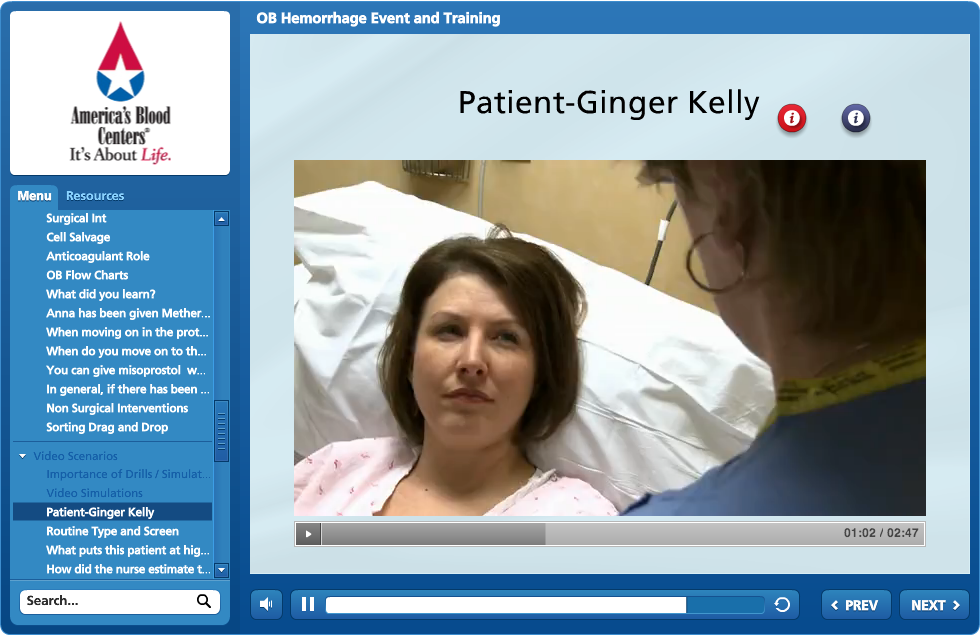 Storyline also made it easy for Francis to build interactive rather than passive healthcare training. “With features like slide layers, hot buttons, quizzes, and markers, Storyline lets you create training that actually requires learner involvement,” she says. “This course includes a lot of information, but it’s not overwhelming to learners because they uncover it a little bit at a time.”

To date, the training course has been handed out to more than 70 America’s Blood Centers (ABC) member organizations on 190 flash drives, giving them an effective tool for educating staff—and lowering mortality rates. Dr. Gorlin is also furthering the cause by helping the American College of Obstetricians and Gynecologists (ACOG) and the California Maternal Quality Care Committee (CMQCC) revise expectations for hospitals where babies are delivered.

And in the meantime, Francis has purchased two more Storyline licenses. “I wanted more of my staff to develop self-guided training,” she says. “Now I have a phlebotomist and medical technologist creating courses! Storyline makes it easy for non-computer people to create interactive training. That’s my favorite thing about it.”

This is cool to note. Planning on featuring Articulate Storyline on https://www.facebook.com/DailyRealTalks. Care to contribute to the step-by-step article? Then please get across.